H: For 40 years I've been a steadfast city girl. Raised in the Big Apple, I use to thrive on its endless bounty of distractions. Like living in an adult amusement park, I took one ride after another. It's myriad sights, sounds, tastes, and smells became part of me.

That was until about 5 years ago when I started fly fishing. Since then my world has been flipped upside down, turned inside out. The girl, once in sync with her city, who researched the hottest new restaurants, exhibit openings, concerts and bands was replaced by a fly fishing addict who religiously checked water levels and temps, weather forecasts and fishing reports, and practiced her casting in the dead of winter.

My once beloved Gotham became a concrete & metal cage from which I'd engineer my escape every chance I could. Spring, summer, and fall, I fled to the tranquil rivers and wide open spaces of the nearby countryside and more recently to my fishing shack, my sanctuary.

Just over a month ago, one of my best friends from University came to visit with his family. I'd seen him 4 years ago on my last non-fishing holiday, a 17-day solo trek through China. Hong Kong was my last stop and Phil went out of his way to share with me the unique wonders of his recently adopted home. Naturally I would reciprocate when he came to New York... But my unpredictable work, as usual, interfered with my intentions and I turned out to be a poor tour guide (thank god for John and Sam!).

Yet, for 12 days of their visit, during prime trout fishing season, I did not fish. I tried to think as little as possible about fishing and the big fat healthy rainbows in front of my shack ;). Surprisingly, it wasn't that difficult for this normally obsessed flygirl. A group of long time friends reunited, ate, drank, talked, laughed, and reminisced till 3 am in the morning. Then, we would get up and do it all over again a few days later.

I confess to walking the walk of shame into work a few times after crashing at my friend's place. And I'd sooner forget the $1,500+ spent on food and wine (that's easily 2 new fly rods ;). But somehow, after 12 days, I fell back in love like with my city. Love is too strong a word. I am forever changed in that regard. Let's just say I gained a newfound appreciation for New York, and I learned that true friends ask nothing of each other but presence, in any form or capacity. 25+ years of friendship sustained on a scant 3 meetings and a smattering of emails is proof.

Last year, I spent a day walking around my hood in the Catskills, taking pics. It's only fair I pay tribute to my full-time neighborhood, NYC. Here are some pics (a mere handful from close to 800 taken) of my home city, seen through the eyes of my dear friend, Phil—a serious foodie, wonderful father, perpetual philosopher, oh, and an architect (or rather a city scaper?). Photos courtesy of Phil K.

My friend Phil and his family came to visit. We all ate very well...


Strolled along the High Line... 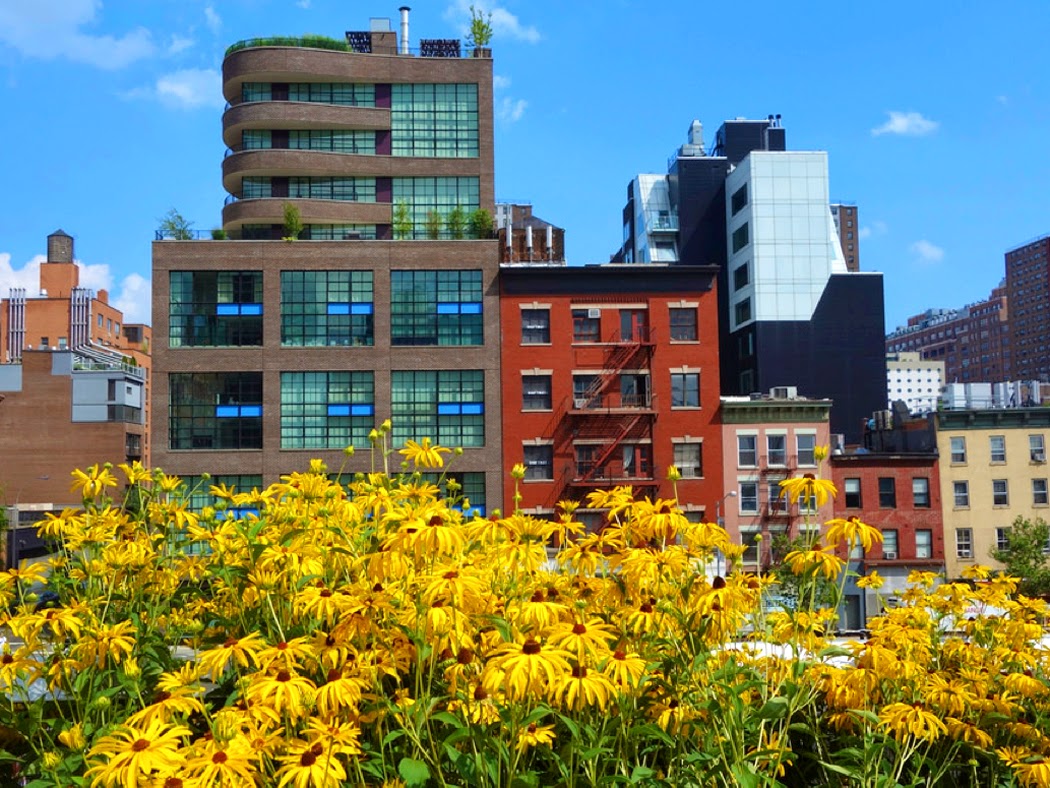 Walked and biked through the park... 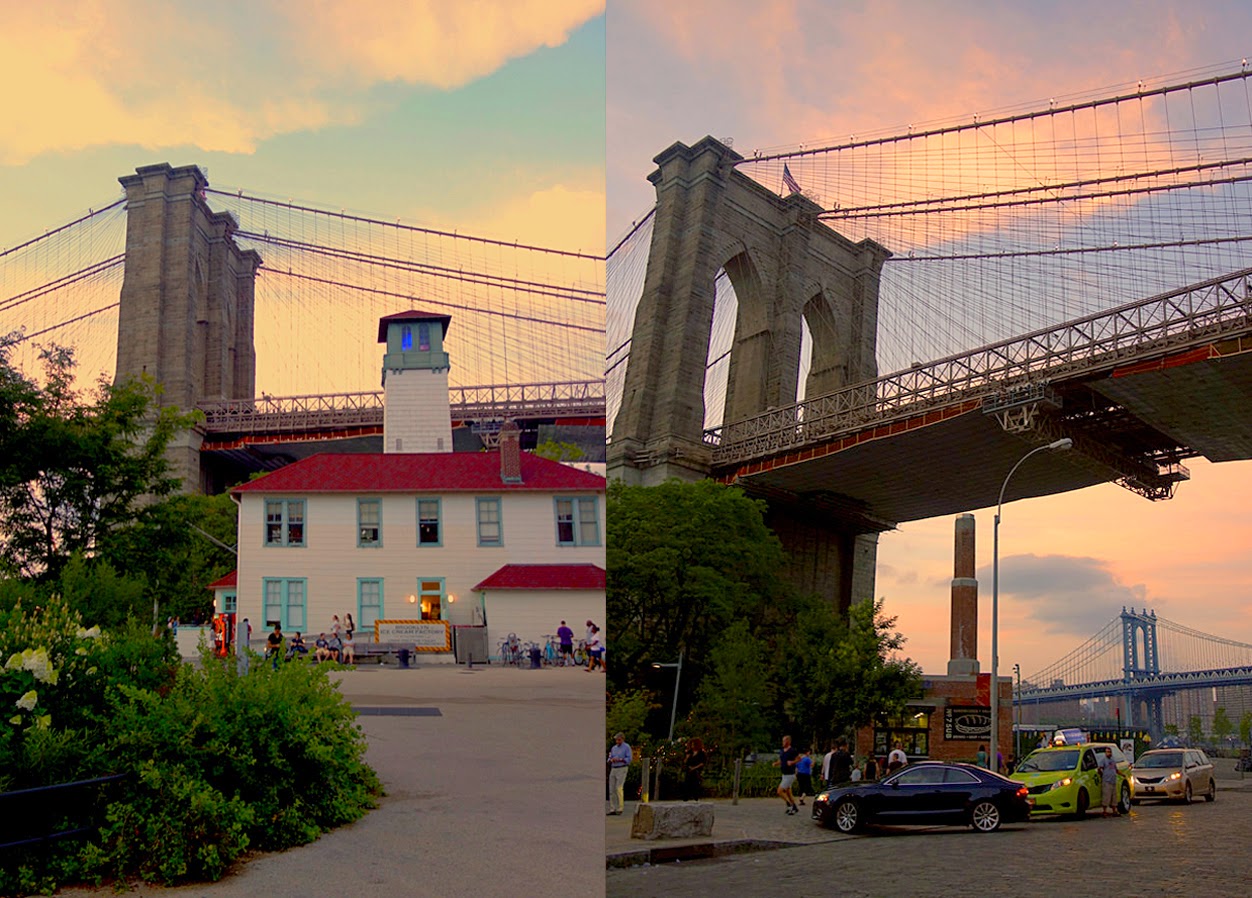 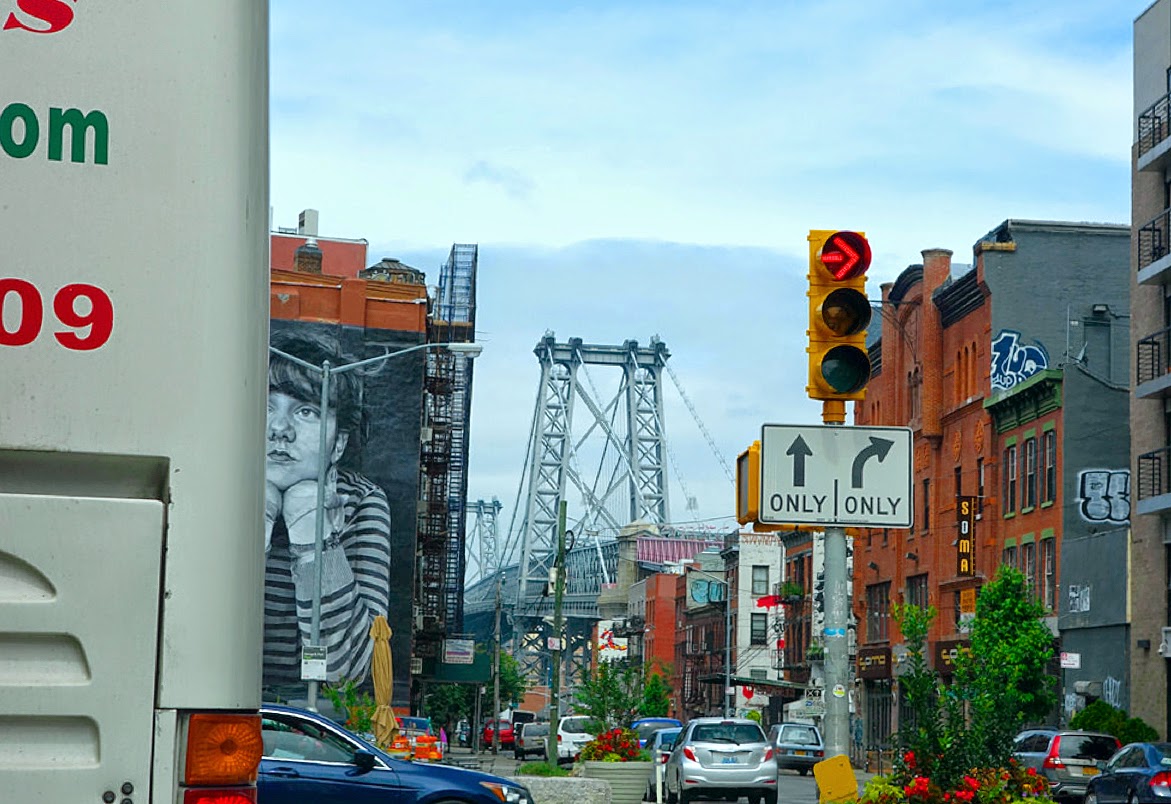 Caught a nap in between...


P. S. I don't normally write about non-fishing aspects of my life. I try to keep that side private. So, to what/whom do I owe this reflection on friendship and life?

There is, of course, a fly fishing connection...

It was a couple of days after Phil & Connie's wedding in New Zealand that I first held/attempted to cast a fly rod on a beautiful river by Lake Taupo on the North Island. I wish I could say that fly fishing came easily to me, that I was a natural. But that would be a boldface lie. To put it succinctly: I sucked ;).

By day's end, my poor saint of a guide (a charming transplanted gillie from the UK) must have had enough. He hooked a trout (it took him all of 2 minutes to find and hook one ;) and handed me the rod. I recall there was a good strong fish at the end of it but I was a saltwater spin fishergirl back then, accustomed to muscling in stripers and blues on 25 lb test mono (no finesse required). Naturally, I broke it off.

My friend John had better luck. He hooked and landed a beautiful rainbow... and it was absolutely delicious! The talented chefs at the lodge expertly sashimied it for us. I regretfully salivate while remembering its firm orange-pink flesh gently bathed in ponzu sauce. Sigh... That was before my catch and release days.

I recall swimming in ginormous men's waders (size Large? XL?) in a flattering shade of puke green with attached boots that were 4-5 sizes too big. I remember the frustration of not being able to see the numerous trout that my guide pointed out. Polarized sunglasses would have helped! Despite my ridiculous appearance, my stumblings and fumblings, on and off water, the overall experience of spending a day on those pristine rivers, clearly left it's mark. When I returned home, I was determined to learn how to fly fish.