H: I needed a day off from fishing so I packed a picnic and drove along the Columbia river, watching the multitude of windsurfers, kitesurfers, and sailboats dart back and forth between Oregon and Washington. I stopped at the Mary Hill Museum (Mia's suggestion), expecting to spend an hour or so looking at art. I ended up spending 3+ hours exploring the most eclectic collection of art and objects I've seen in a while—Native American artifacts, Rodin sculptures, Romanian decorative and religious objects, a diverse mix of 19th- to early 21st-century European and American paintings, the surreal Theatre de la Mode (Post WWII french fashion miniatures), an amazing collection of chess sets from all over the world, and much more... But the best part for me was wandering the grounds and admiring sculptures by local PNW artists, some against the stunning backdrop of the gorge. Here are a few of my favorites:

Afterwards, I hit a few vineyards and purchased way too many bottles of wine before making my way back to Hood River. I stopped in at the Gorge fly shop and purchased a few big black and purple flies for the next day's fishing.


Back to the Klick
The next day, I went back to the Klickitat river to fish, solo. Jenn recommended I head upriver to Stinson Flats. The drive up was breathtaking with stunning views of Mount Hood and Mount Adams to be had. It was a lovely and fairly remote spot. I arrived just before light. There was a white SUV parked by the river but no one was in sight. It seemed I had the river to myself.

I was lost in my fishing, the solitude of the river, and the rhythms of my cast... when suddenly a man's voice broke the silence. I nearly jumped out of my waders! He was standing right behind me and apologized for startling me. He told me he had been asleep in the white SUV (apparently the best night's sleep he's had in a while). Turns out he'd been fishing on the Deschutes the day before with Bachmann. He knew exactly who I was and that I'd caught my first steelhead earlier that week (Jeez, it's a freakin small world, huh?). He said he would head further upstream and start fishing. We wished each other luck. I proceeded to fish down...

At the next run, I sensed eyes on me and slowly turned around. This time, to my surprise and delight, there was a beautiful doe grazing behind me with her 2 fawns. We held eye contact briefly before she concluded I was just a harmless flygirl :). They kept me company for a while before moving on.

I stopped and fished a few other spots on the Klickitat on my way back to Hood River, but unfortunately had no luck—not a single bump. I would spot a nice piece of water from the car but when I got out to fish, often times, it would be impossible to enter the river or to wade for any good distance. The Klick would be a great river to float (with Jenn as guide :)! It's a very different river from the Deschutes, at least the parts that I've fished. It's smaller and more intimate. Its landscape is sub-alpine forest rather than desert canyon. But there's one thing they have in common—they're both challenging to fish. The Klick is not an easy river to get to know. Her milky waters make for difficult wading and her currents can be deceptively fast. I guess I'll just have to return and spend more time getting to know her :). 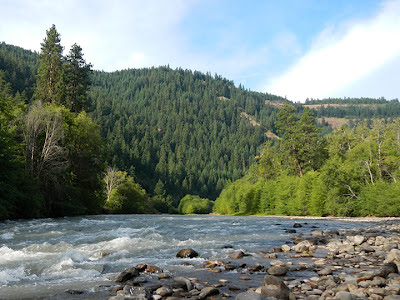 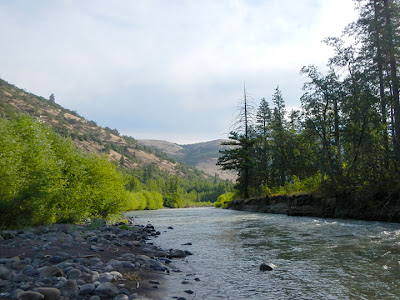 The City of Roses
The very first day, I walked all over Portland. I spent almost 2 hours in the fly fishing section of Powell Books, leafing through some 1st editions with gorgeous historic fly plates :). Then I met up with Kat and we went to Washington park, walking through the Rose test garden (which oddly was not particularly fragrant) on our way to the Japanese garden.

I truly love Portland and her super friendly, laid back, eco-conscious inhabitants. You'll find yourself naturally striking up a conversation with strangers you happen to meet walking down the street! You'll be hard pressed to get a bad meal here (coming from a NYC foodie, that's a serious compliment). Defintiely go to Le Pigeon, sit at the chef's counter, and watch chef Rucker in the tiny open kitchen whip up creative french fare with a local PNW twist. Absolutely go and eat the perfect breakfast sandwich (made with tons of heart! ;) at The Big Egg food truck, in a pod out in Northeast Portland. Sample as many locally handcrafted brews as you can and good luck trying to decide between hundreds of excellent Oregon wines at Vinopolis in Downtown Portland.

My advice is to take it day-by-day. It's funny how I was headed to Mt. Hood one day to cool off and do some summer skiing or snowboarding (in t-shirt and hiking pants ;). But instead, I met up with Marty Sheppard on the Sandy river, practiced casting and fished for a couple of hours, drove north to the Columbia river and took a sharp left... Before I knew it, I was on the Pacific coast, stopping to take in the amazing views and killing time in a small coastal town called Manzanita. You really can't take a bad turn anywhere! If it wasn't for her notoriously long and dreary rainy season, this native New Yorker might seriously consider uprooting to the PNW. I truly heart Oregon! (and parts of Washington, too :) 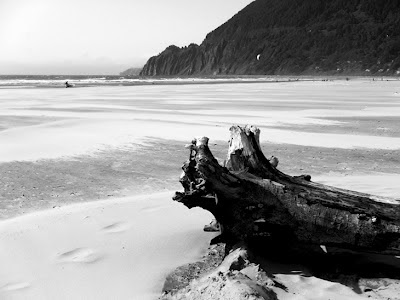